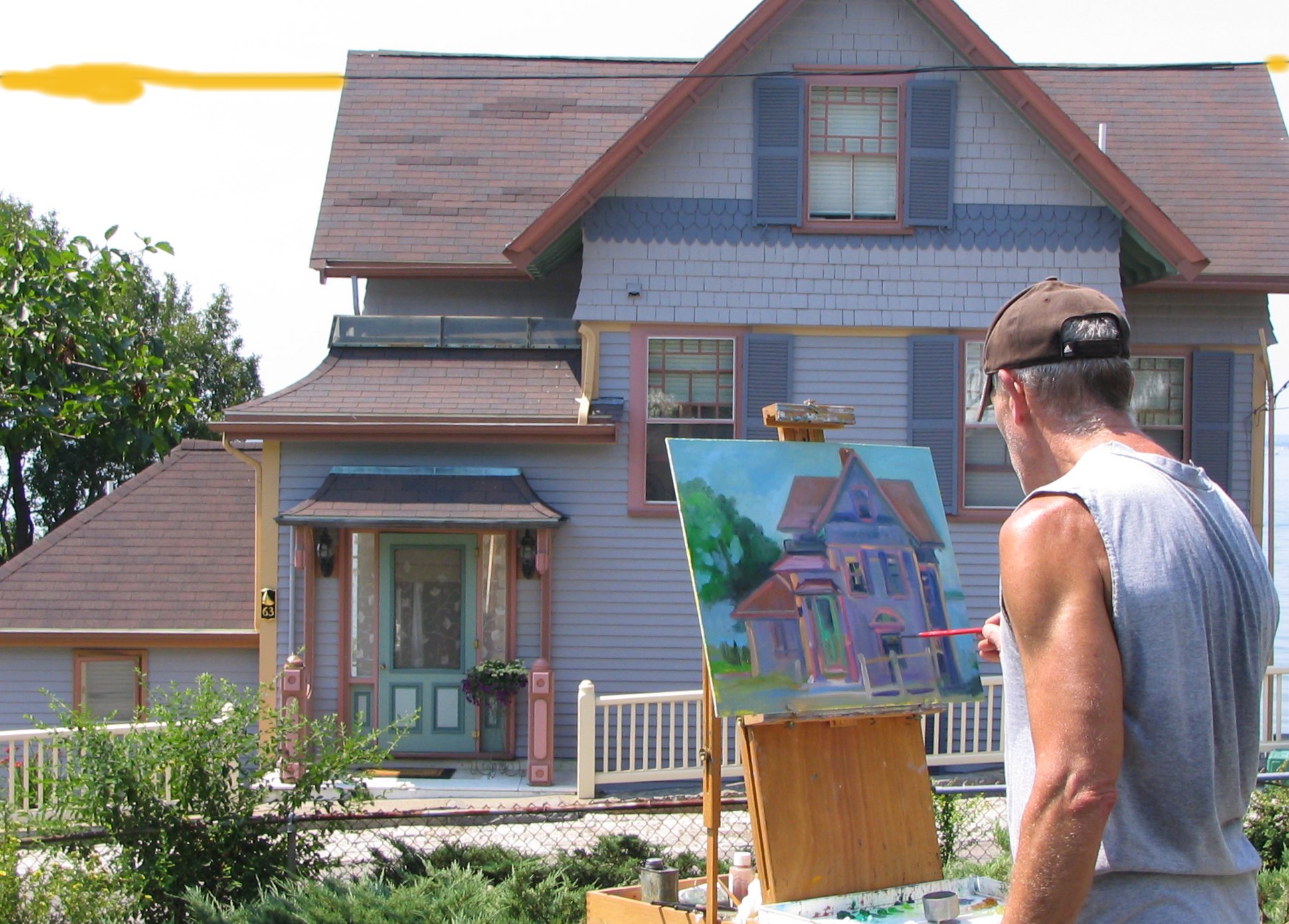 John Marshall Dyke has been painting since his youth. After high school he entered the Art Institute of Boston but became frustrated with the confines of strict academic training and left after two years to enter the Air Force. He was fortunate to be placed in a position as an illustrator in the service and quickly surmised he had learned skills in art school which had transposed to his current position as an illustrator. He eventually secured a position in the Boston VA Medical Center as a medical illustrator and some of his illustrations were published in medical books. After leaving the service he returned to the Art Institute to complete his studies.
John is involved with many South Shore art associations and continues to teach at Braintree High School Adult Education and Quincy Art Association while also performing art demonstrations. His work has been entered in juried and non-juried art shows and he has received multiple awards for his amazing work. Working in a wide range of mediums his main interest is COLOR!
John’s demonstration is free to all but donations are always appreciated.
+ Add to Google Calendar+ Add to iCalendar